Lagos is a flat-cut English Cap made in a pleasant gray cloth in the '20s and 30's style. Lined with padded fabric, it gives a warm sensation that maintains the interior temperature well. 5.5 cm visor.

History of the English Cap

The flat-cut cap owed its popularity to the Industrial Revolution in England in the 19th century; it is also called the English cap. Previously it was an unimportant accessory used by the men who worked the land. In Spain, it was also widely used, until relatively recently, in rural areas. Next, it leaped the catwalks, becoming a piece synonymous with fashion. It is a cap with a flat surface and more rounded sides and not so tight to the head, thus being very comfortable. The most common is to find it in felt, but it can also be found in straw for warmer climates.

How we make the Lagos Cap

Its manufacture consists of several phases that correspond to the entire process of pattern making, cutting, interweaving, assembly, and finishing of the model. After its design, we proceed to create the patterns of the pieces that make up the domed area and the visor, followed by the cutting of these pieces in the fabric chosen for the model. With the interlocking of the pieces already in the final fabric, a certain consistency will be achieved. The shape of the cap remains naturally; even so, being made of the fabric allows it to be handled without losing its shape.

Once the pieces are finished and the element that will give it hardness has been inserted into the visor, it is assembled to finish the cap's shape. These models are lined with simple or padded linings that will be attached for greater comfort once the cap is finished. Having everything finished, it only remains to put the accessories that the design requires, in addition to the labels, logo, etc.

In this type of material, washing with water, bleach, or dry is not allowed. It cannot use dryers or iron.

A great cap that can be combined with an outfit, both sporty and casual as well as elegant and simple. The cloth in which it is made evokes winter and the warmth of knitted fabrics, wool, etc. 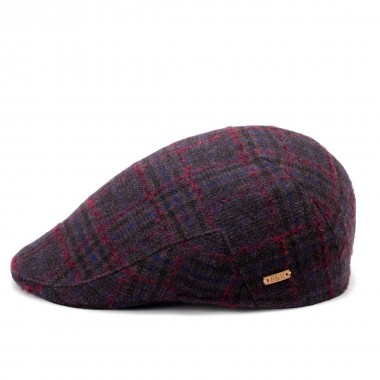 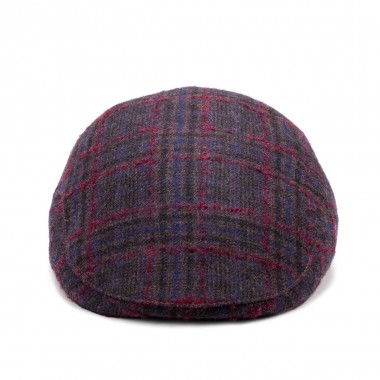