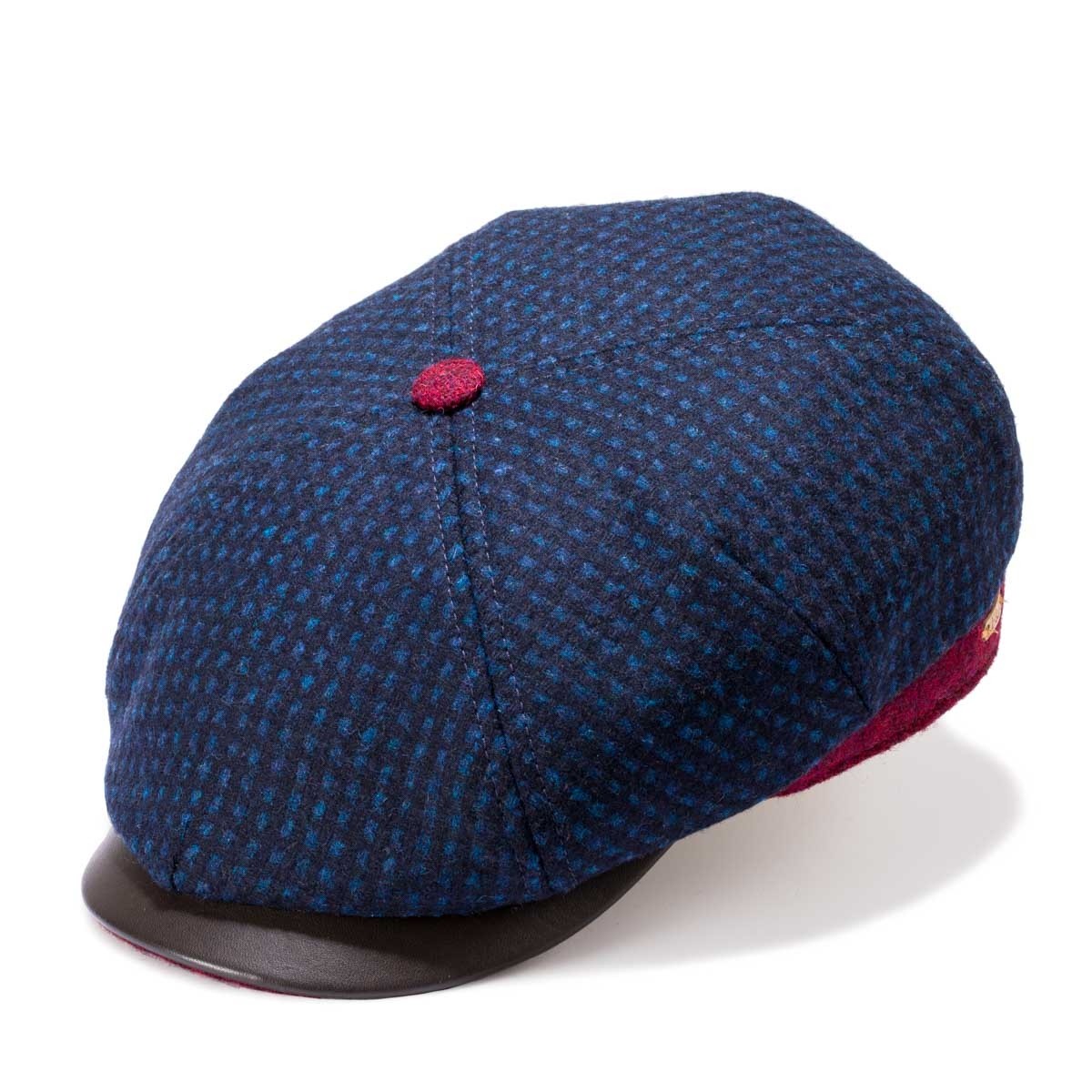 Stylish 4-panel cap in 100% wool, with a back strap and leather visor, this modern-style men's cap adds a casual touch to elegant styles. Lined with padded fabric gives a warm sensation that maintains the interior temperature well—5.5cm visor.

Gatsby, a style with a great history

Gatsby-style hats get their peculiar name from the first film adaptation of the novel "The Great Gatsby" by F.S. Fitzgerald as the actors wore them in many of their looks. However, this complement dates back to the 14th century, where it was used by workers, although it lacked relevance. It was like this until the 16th century when by law, it became a compulsory part of the working class's clothing in England. With the importance that it acquired, the upper classes were also incorporating them in their styles.

This model of caps can be found in leather or wool, and their cut can vary depending on whether they are made up of four, six, or eight parts. The area that would sit on the head can be wider or narrower and tapers towards a rigid visor with a flat and elongated cut. They are very comfortable accessories to wear, although they do not fit completely on the head. Its manufacture consists of several phases that correspond to the entire process of pattern making, cutting, weaving, assembling, and finishing the model.

After its design, we proceed to create the patterns of the pieces that make up the domed area and the visor, followed by the cutting of these pieces in the fabric chosen for the model. With the interlocking of the pieces already in the final fabric, a certain consistency will be achieved. The shape of the cap remains naturally; even so, being made of the fabric allows it to be handled without losing its shape.

Once the pieces are finished and the element that will give it hardness has been inserted into the visor, it is assembled to finish the cap's shape. These models are lined with simple or padded linings that will be attached for greater comfort once the cap is finished. Having everything finished, it only remains to put the accessories that the design requires. It is very common for the six and eight parts to have a decoration button in the center.