5 types of hats that made history

by Fernández y Roche on 20 November, 2019 in Curiosidades

The hats have been and are accessories that have been with us through history. They were worn from aristocratic men and women to the lowest sectors of society.

They have all arrived to our days as unique accessories capable of changing the style of a look, without distinction of social class, race or condition. However, this democratization of the hats has been possible thanks to historical characters that made them reach the people and turn them into true style icons.

In Fernández y ROCHE we show you the 5 types of hats that marked the history in one way or another.

The classic and unmistakable Fedora

Born to protect from the rain, this type of hat came to conquer Hollywood: Robert Redford traveled to Italy to get a real Fedora, Humphrey Bogart wore it in the acclaimed “Casablanca”, as did Gary Cooper, Gregory Peck or Fellini. This omnipresence extended to the unforgettable icon Frank Sinatra, who turned it into a symbol of the true gentleman, combining it with a jacket and tie. 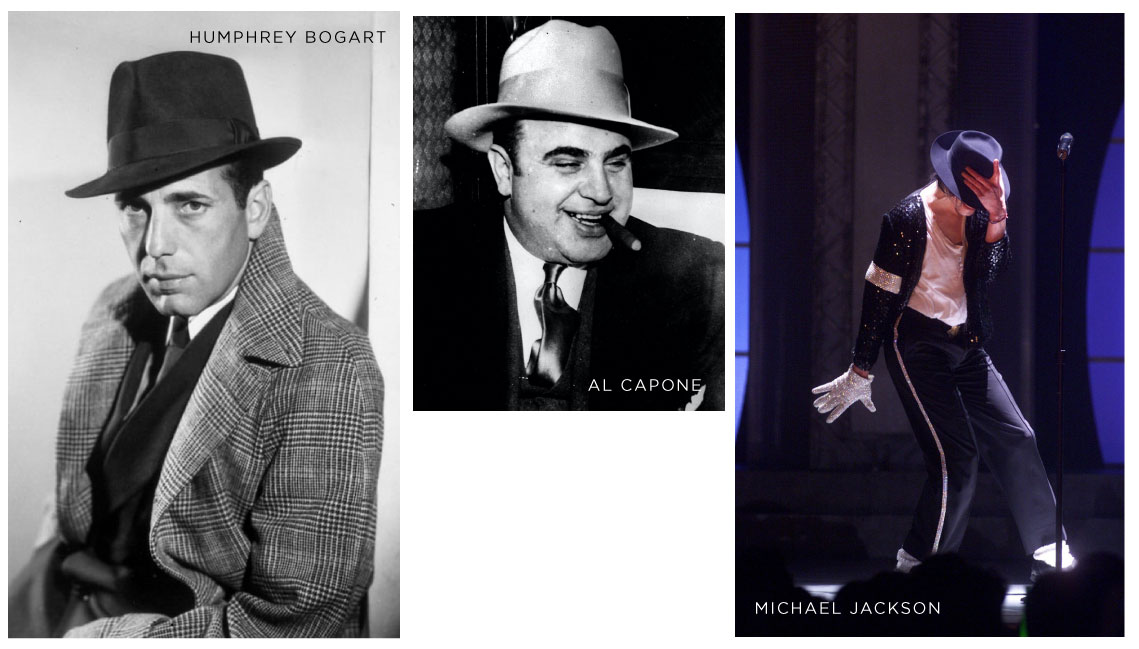 Over time, it became associated with the typical dress of detectives and gangsters, as was the case with Al Capone.

But another iconic figure who brought the Fedora to the top was Michael Jackson and his distinctive style. Even today, it’s hard to imagine the King of Pop without his black felt hat. Specifically, the one he wore during the live performance of his hit “Billie Jean” was auctioned off for $18,274.

The nobility of the top hat

The top hat was a type of hat that predominated in the male closet of the nobility and middle class during the 19th century. 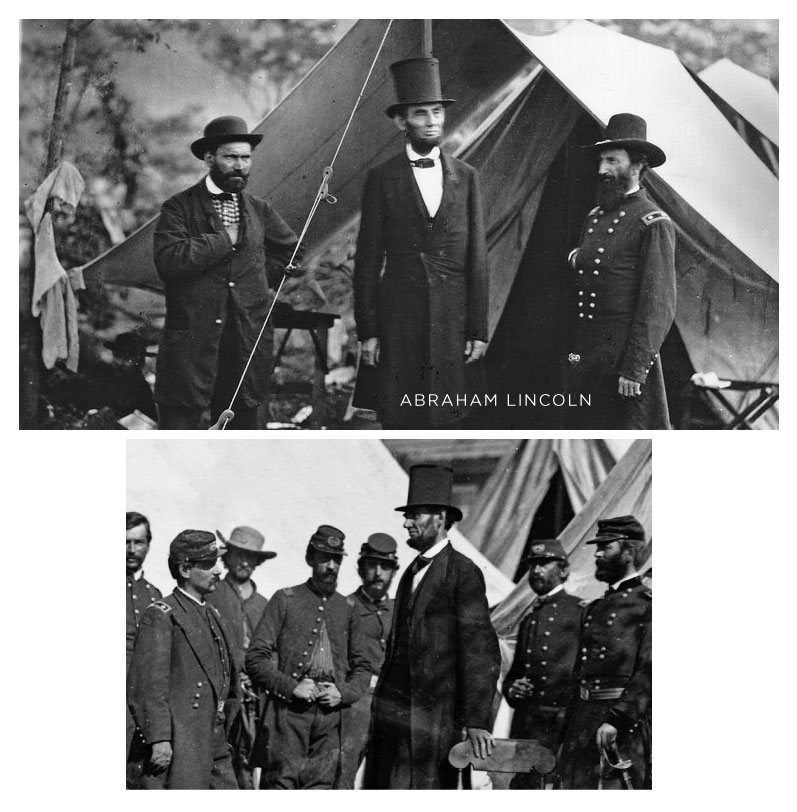 Legend says that the first time it appeared was in 1797, when its creator John Hetherington came out with something very strange on his head: a top hat, with a lot of glitter and “designed to scare shy people.The story goes that it was such a stir that the women fainted as the man passed by and he was immediately fined for disturbing the peace.

What nobody would have imagined is that such a striking hat was going to become an accessory that would rule among the nobility, the lords and the people of high society.

Today, the hat has been relegated to the most formal events.

The top hat was part of the wardrobe of one of the most important personalities of the time. Abraham Lincoln maintained his iconic image untouchable throughout history thanks to his unmistakable hat.

Pure jazz with the Porkpie

Originally considered a woman’s hat, it began to become popular during the Great Depression. It managed to carve out a place for itself among the followers of Jazz until it became a true emblem of it. One of the forerunners of Porkpie was Lester Young, one of the most important figures in the history of this musical genre. Undoubtedly, if we try to imagine a Jazz concert, a Porkpie hat cannot be missing.

Currently, this type of hat has attracted special attention among fans of the popular series Breaking Bad. Brian Cranston, playing Heisenberg, wears a black Porkpie hat with charisma, with which he manages to surround the man with two faces.

This round, flat-capped, straight and wingless hat is not conceived without the inimitable Jackie Kennedy. Thanks to this hat, she managed to define a style that many people claim to imitate throughout history, promoting her to become a fashion icon. 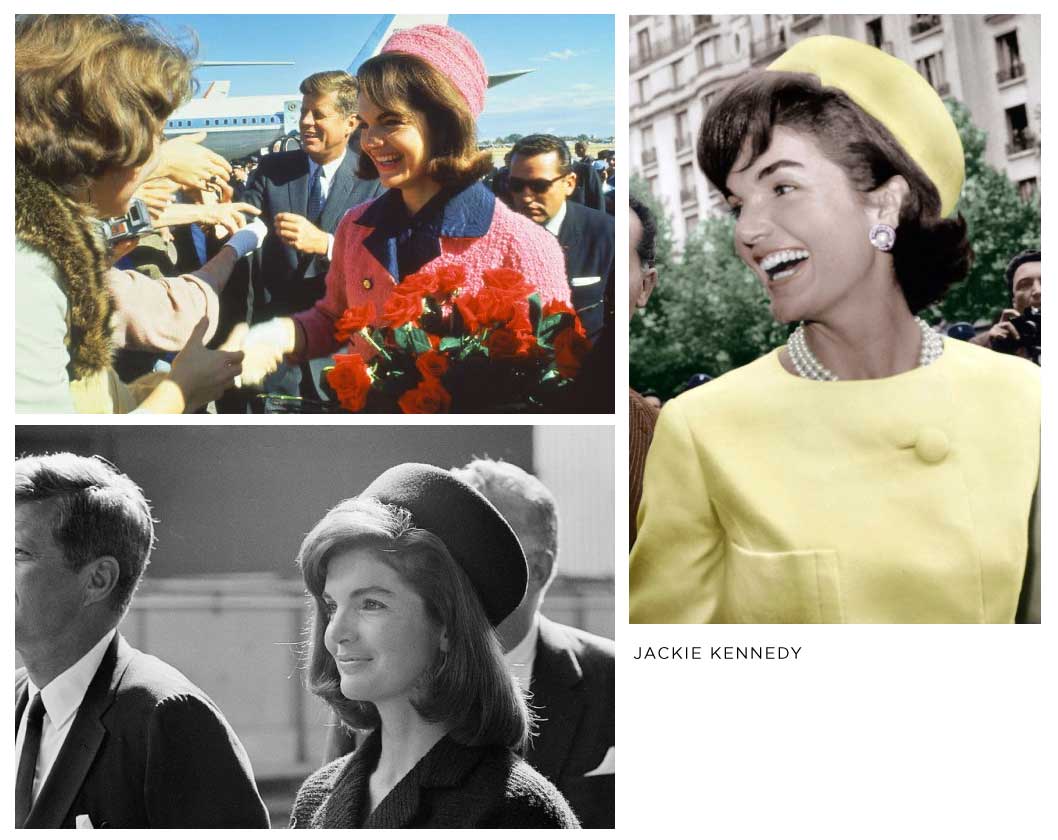 The pillbox was first worn by Jackie Kennedy when she attended the swearing-in ceremony of her then husband, John F. Kennedy, in 1961. From then on, it became an essential addition to the outfits she wore around the world and, of course, it was an icon of the American dream.

Thanks to her, this type of hat means elegance, power, style and class, even today!

We know the bowler hat today thanks to Charles Chaplin, among others. That’s why it’s difficult to recognize it in its beginnings. Its creation was the result of the need to have a hat with a crown that was not as high as that of the chisteras, in order to protect the head against the blows of the low branches of the trees when riding. Thanks to this, it quickly became popular as an intermediate option between the formality of the chistera, associated with the upper classes, and the naturalness of the soft felt hats, used by the lower-middle class. 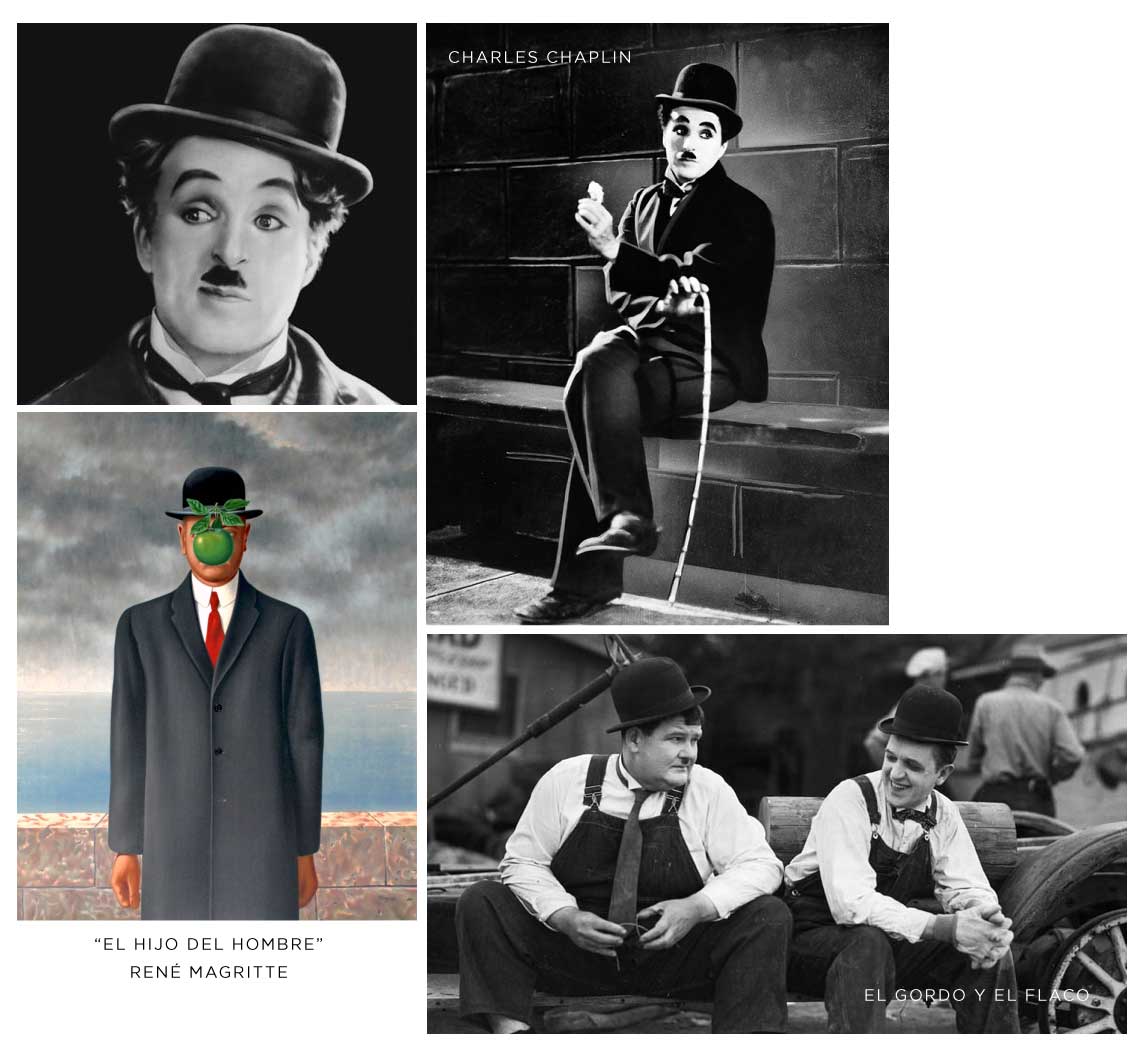 Becoming an English cultural icon, the bowler hat was popularized by Chaplin, humanized by Laurel & Hardy during “The Fat and the Skinny” and immortalized by Magritte through his paintings.

It is true that, throughout history, while it was established as a style icon, it has suffered ups and downs in its use. Its manufacture has also evolved in terms of materials, maintaining the value of handmade and craft.

Fernández y ROCHE has been making timeless, stylish and sophisticated hats since 1885… Don’t you know our collection yet? Take a look!