by Fernández y Roche on 29 November, 2022 in News & Announcements

Those who said that craftsmanship was the new luxury were not wrong. The great fashion maisons are joining forces with the exclusivity, quality and sustainability provided by the more traditional workshops to embellish their new collections, as in the case of Dior. 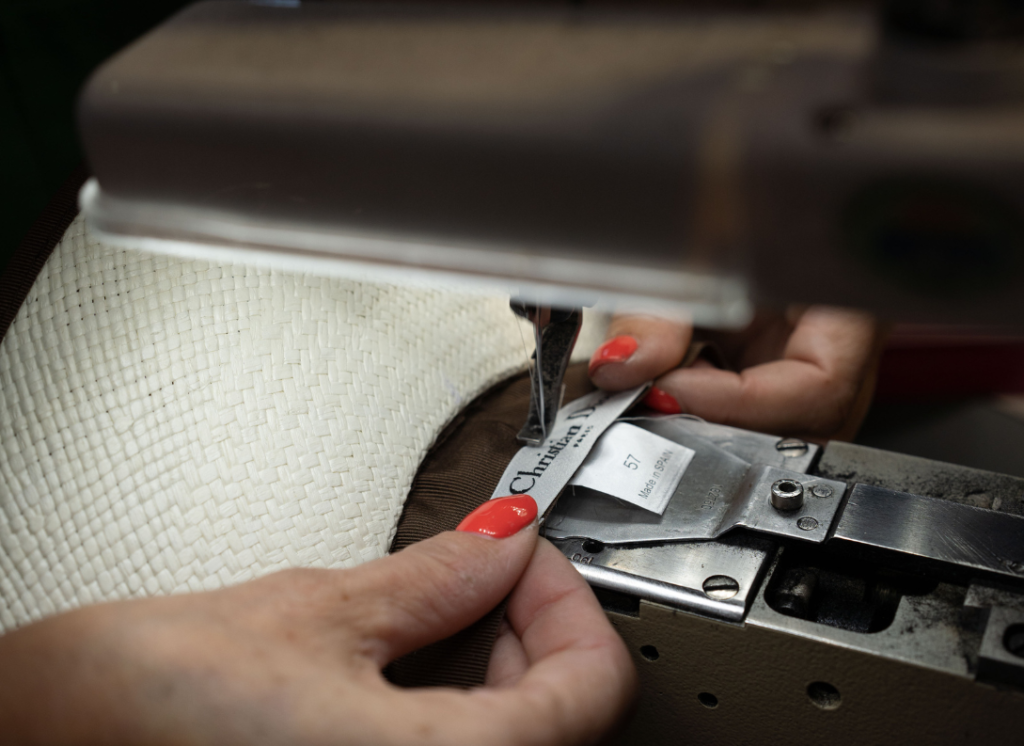 Dior was one of the latest examples of this with its latest Cruise fashion show, held in Seville last June. An unprecedented event, where each guest was accompanied by a very special piece: a Fernández y ROCHE hat.

We tell you all the details of this fusion between French couture and Andalusian craftsmanship in this post:

A tribute to the Andalusian woman

One of the most awaited mixtures of the proposal was the garments painted by the Valencian artist María Ángeles Vila Tortosa, paying homage to the figure of Carmen Amaya, the first dancer who dressed as a man for one of her shows. The wide-brimmed hat, designed by Stephen Jones (Dior’s master milliner) and produced in our factory, put the finishing touch to this series of looks. 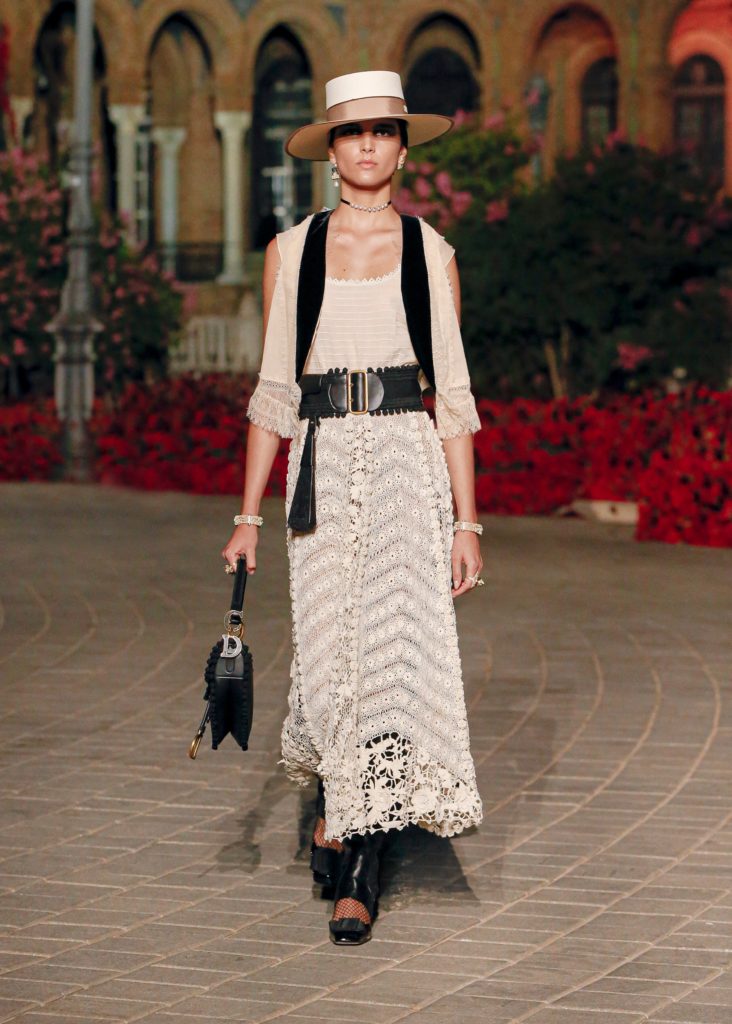 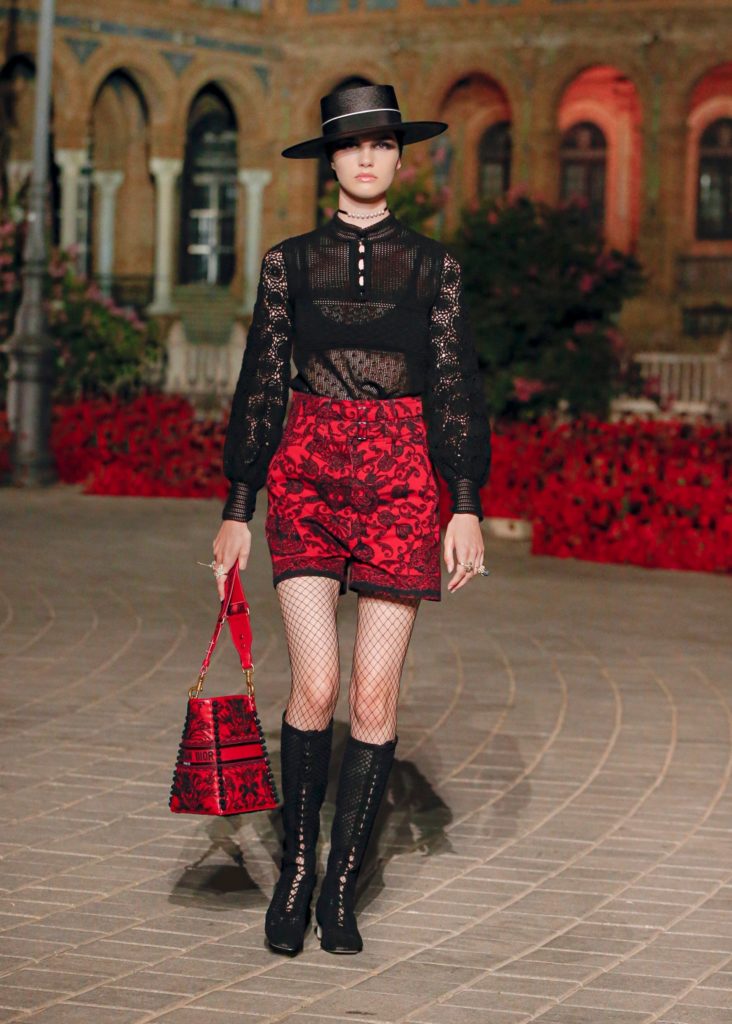 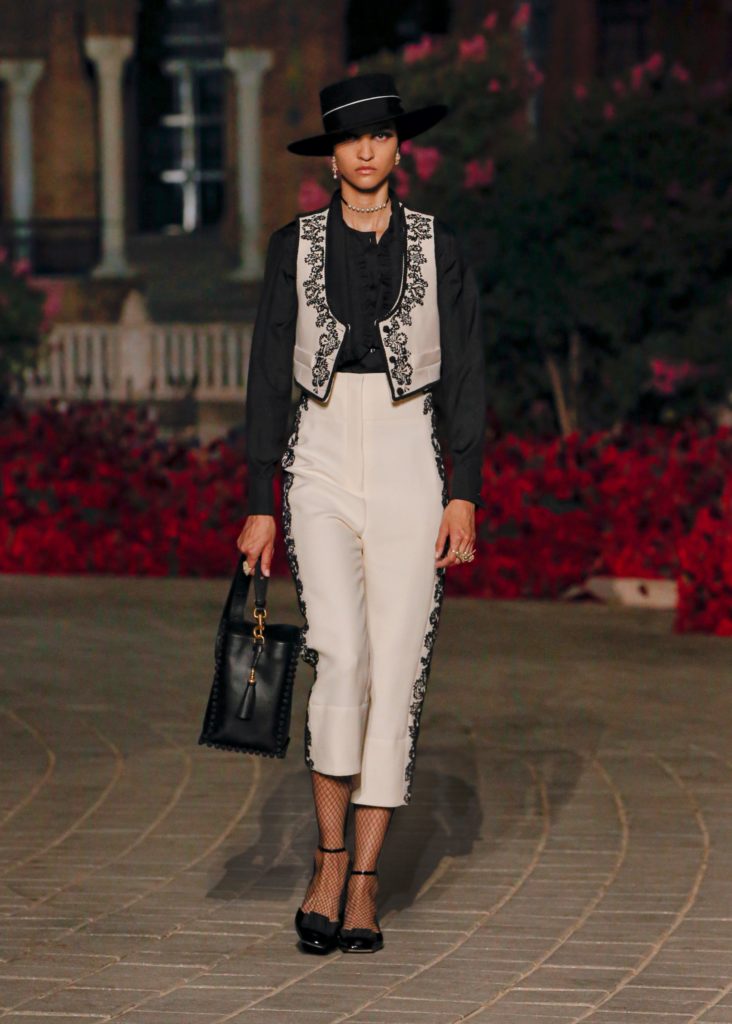 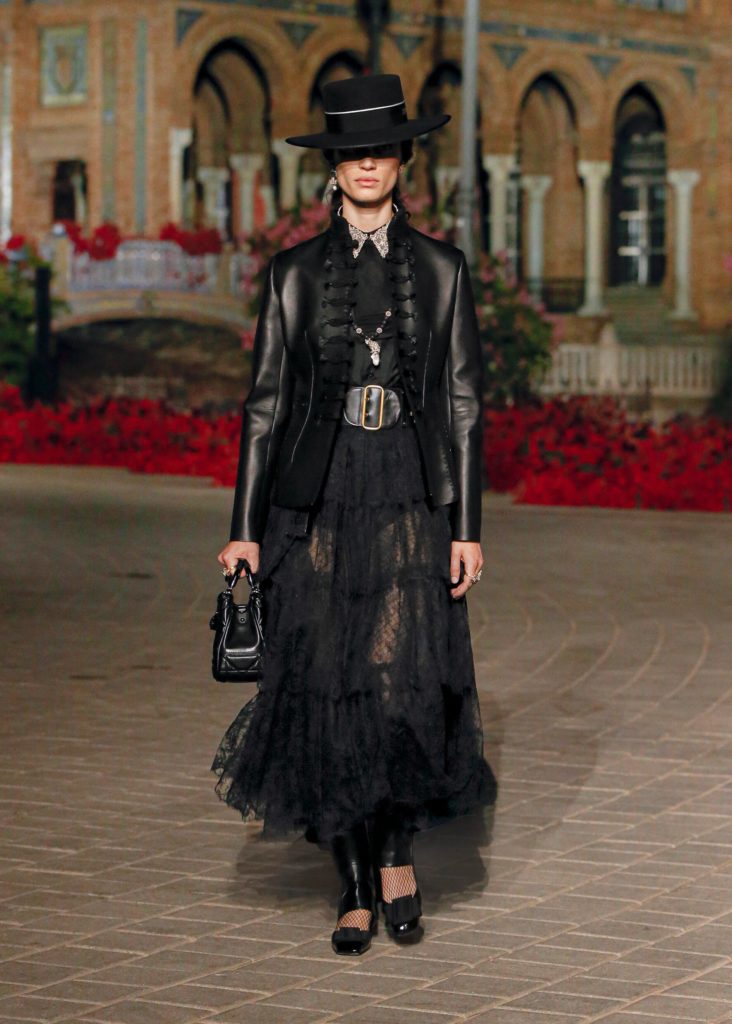 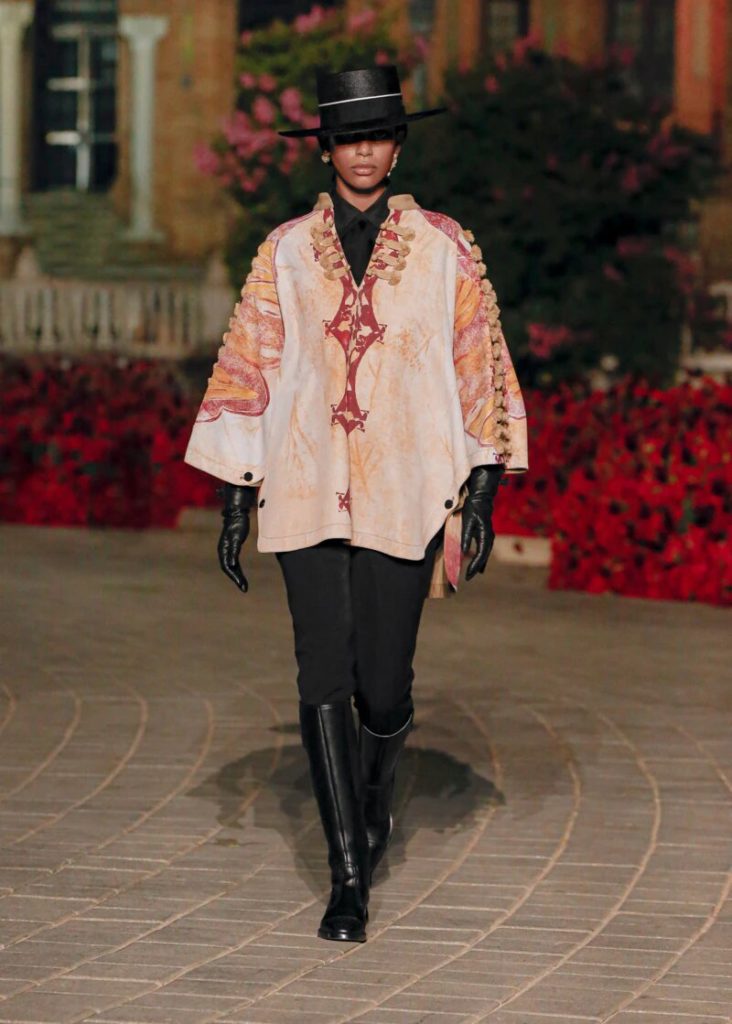 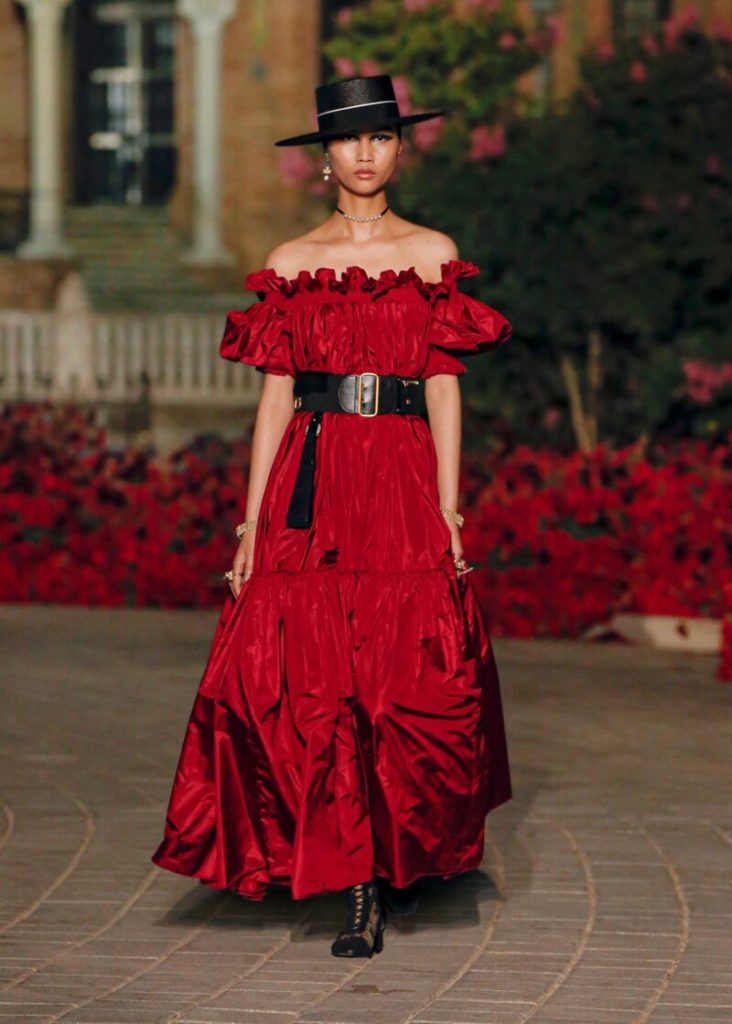 Red, white and black made their way among iconic bullfighter jackets, high-waisted trousers and the aforementioned hats, tilted to one side in the purest Sevillian style. Looks with references not only to Carmen Amaya, but also to the Duchess of Alba and Jackie Kennedy, both equestrian enthusiasts. And, of course, there was no shortage of Manila shawls and lace embroidered with golden threads, finishing off the most iconic silhouettes of the house.

A fashion show with style icons

The front row at Plaza de España was packed with celebrities from influencer Chiara Ferragni to Vogue journalist Suzy Menkes. Some of the guests at the much-anticipated fashion show were seen wearing the brand’s looks and our hats in the Andalusian capital, a detail courtesy of the French house itself. 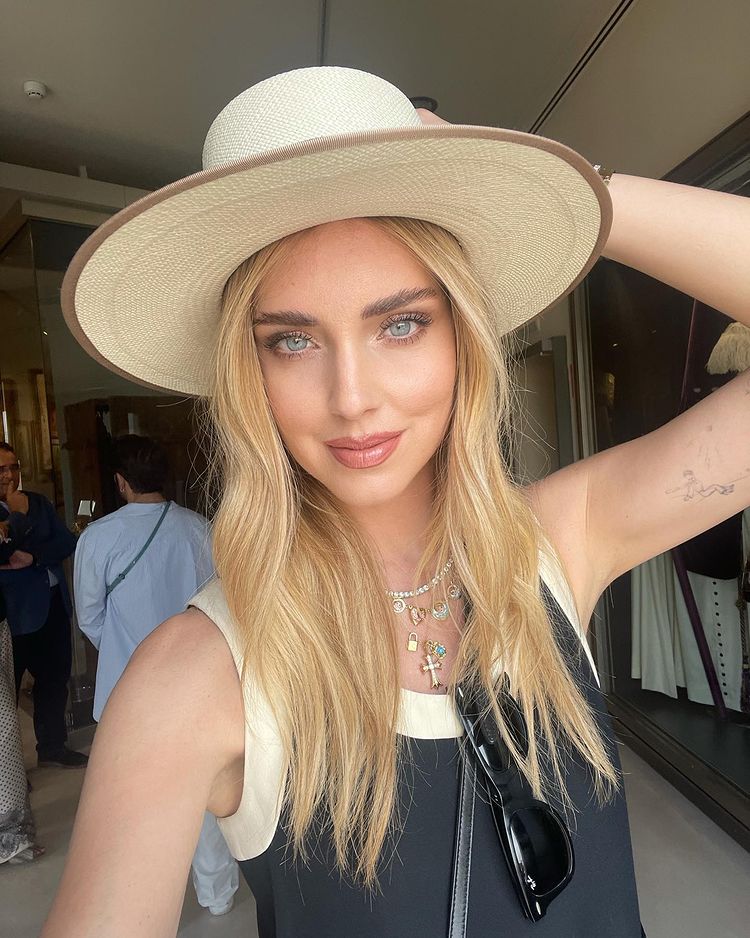 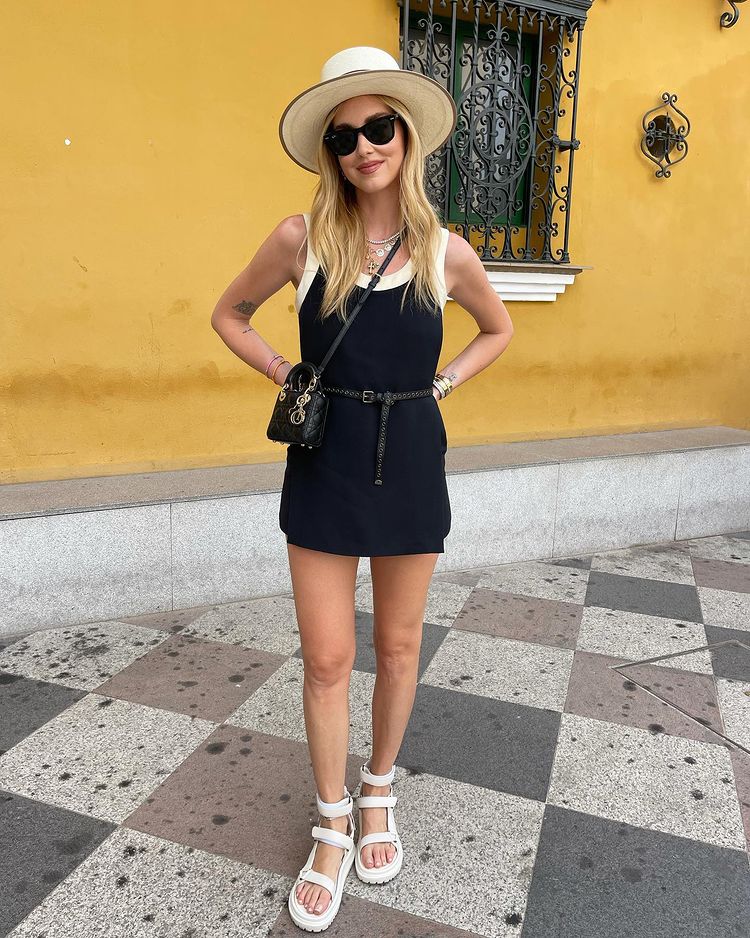 From Paris to Salteras: craftsmanship in its purest form

Master milliner Stephen Jones chose to reinterpret two iconic hat shapes from our workshop: one in felt and the other in toquilla straw. Both models were finished with the Maison’s signature details in both black and a very pale beige tone (Panama style only). 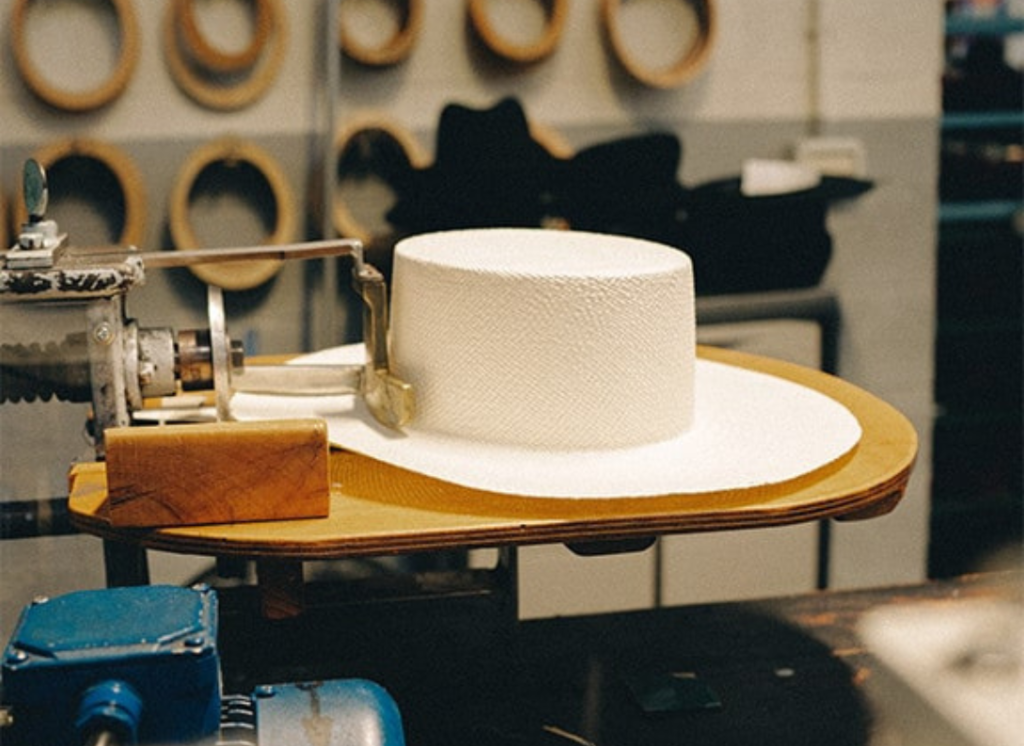 Two of its characteristics: the trimming of a very wide and flat brim, as well as the exclusive embroidered ribbon alluding to the French brand.

Our artisans, some with more than 30 years of experience, have been a fundamental part in carrying out this laborious and exclusive work in our factory in Salteras (Seville). Unique hands that turn sketches into pure art. 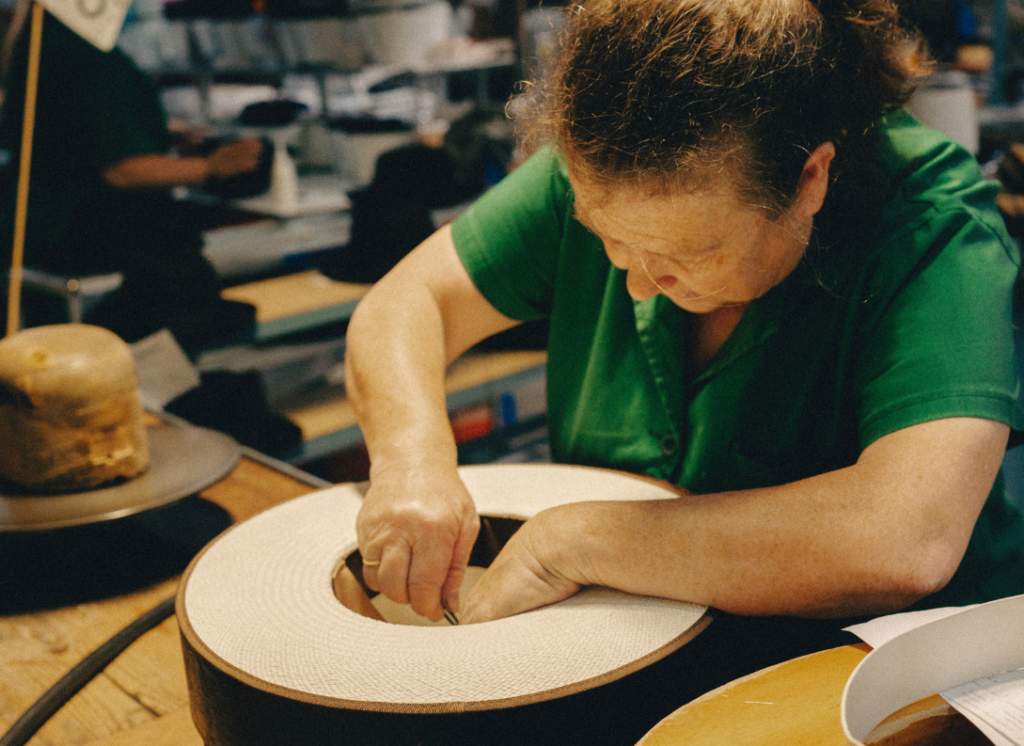 And here’s the making of the collection, ‘Fuerza, Cuerpo, Embrujo’, to enjoy the ins and outs of Dior’s visit to the city of Seville.

We would like to thank Dior and all the team involved in this unique initiative. It is a pleasure to be able to show a little piece of Andalusian craftsmanship through hats full of soul… From Seville to the world.